This year, the Welsh pony model dictated the name theme. I had decided years ago when planning my set of Fjords, that I wanted to name them all after birds; the chestnut dun was to be Mallard. I tried several bird themed names for the other two models, but they didn't feel right. So, I went with the other Mallard - the steam locomotive.

That's right, the theme for P14 is "steam trains" 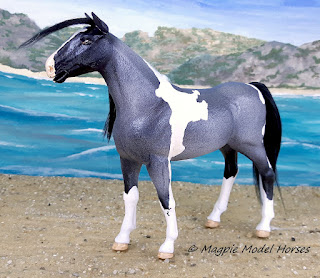 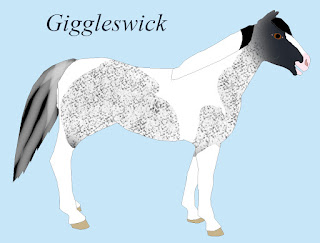 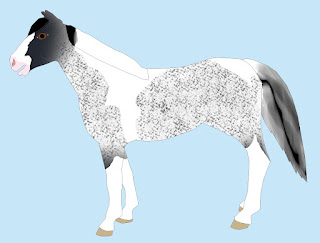 Giggleswick is the Hunter in black roan tobiano with four stockings and a big blaze. Unlike many of our other models, all of his markings were created with masking fluid. As you can see, he's quite a bit darker than his conception art, but I often just rough out the colour in these pictures to help keep me on track when I'm painting. Giggles is named for the LMS Patriot class steam locomotive. 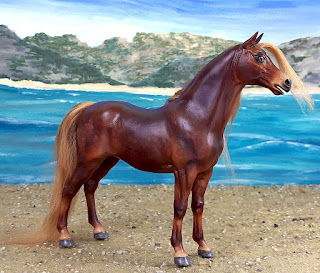 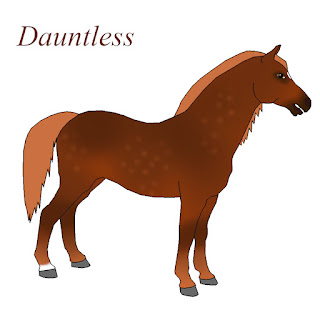 Dauntless is a rich dappled chestnut with no other marking besides a tiny star on the forehead. She's named for the LMS Jubilee class no. 45717 Dauntless. 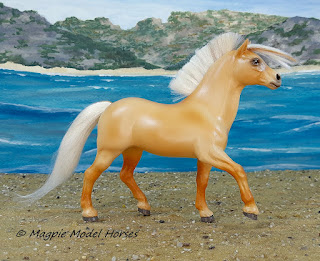 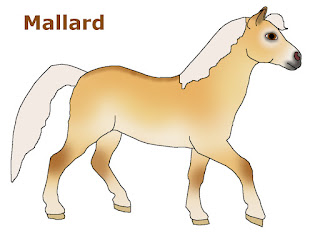 Mallard is a chestnut dun fjord on the Welsh mold with the Fjord's signature hair style. He's named for the LNER Class A4 no. 4468 Mallard, an engine I've visited more than enough in one life time.