Despite all the chaos of 2020, this collection was actually the one which gave me the least amount of grief. The airbrush and weather both cooperated, the colours turned out the way I imagined, and there were no disasters. The theme for this year was "dysfunctional relationships" and was inspired by the Dave Matthews Band song "The Best of What's Around". There's a line in the song "Whatever tears at us" which always sounds like "Galatea" to me, so I started with that and fit the other names around hers. 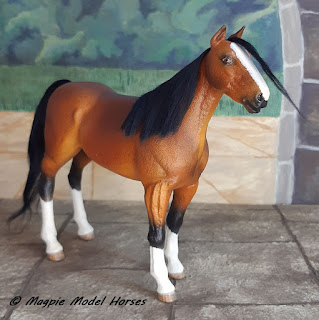 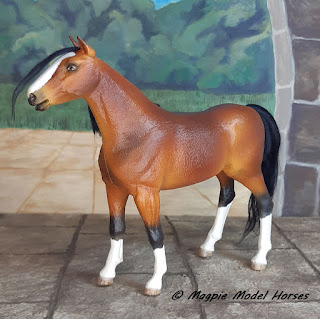 Illusion of Love is a simple bright bay Hunter with four stockings and a great big blaze. His name refers to the misguided infatuation Pygmalion felt towards his statue, as his love for this "woman" at this point was based on nothing more than an illusion. I wonder what the statue felt about the relationship when she was brought to life. 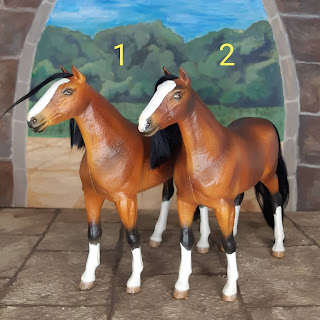 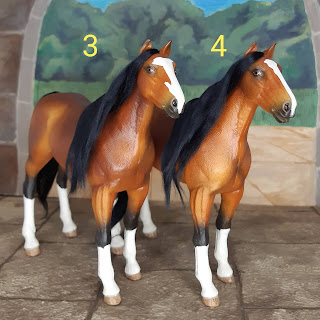 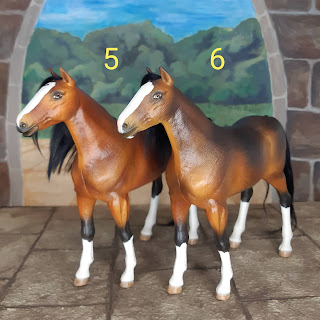 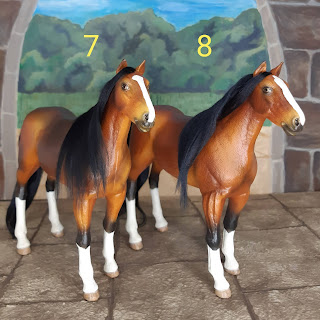 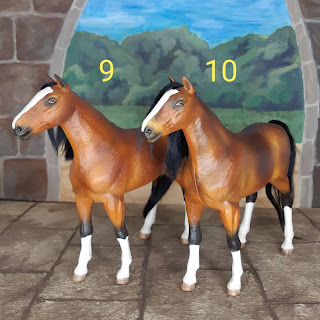 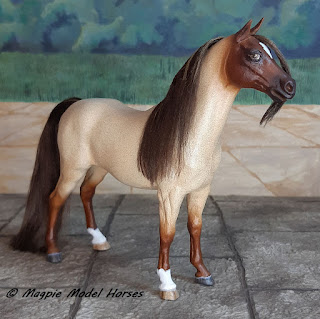 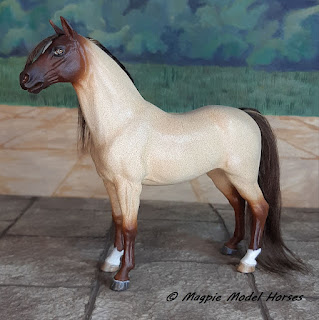 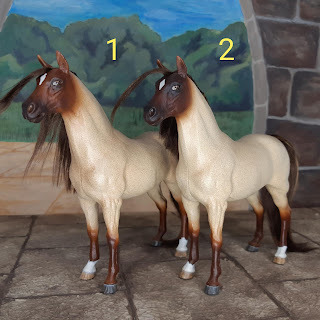 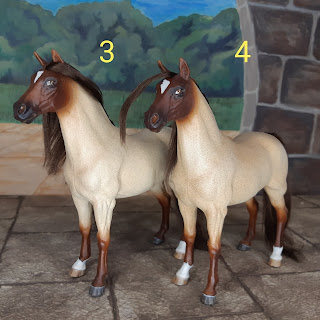 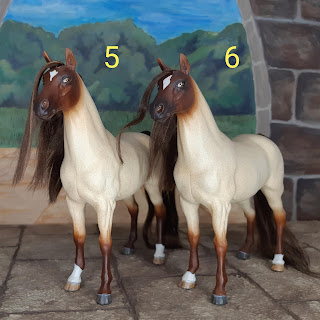 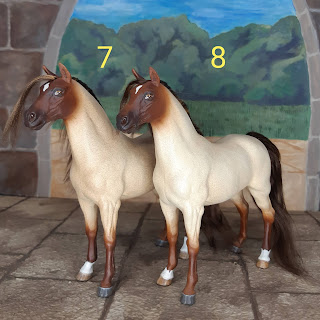 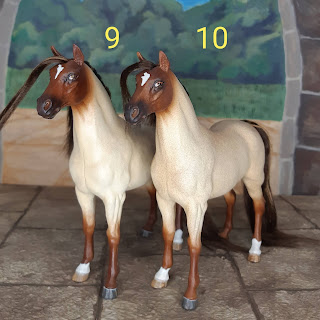 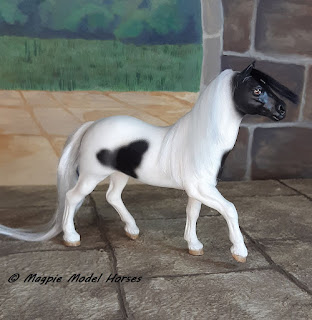 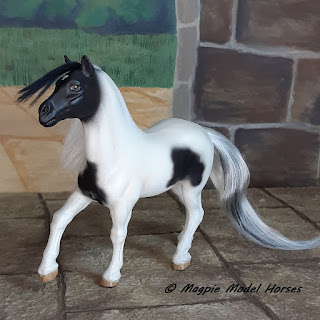 Half-Hearted Romeo is the Welsh pony in a "vintage style" airbrushed black tobiano. Each model's patter is slightly different, though the patches are all in more or less the same place. I imagined this model as a gelding, otherwise he would have been called Half-Hearted Juliet, as I imagined Pygmalion's Galatea might not have been overly enthusiastic at the life and relationship which had been thrust upon her. 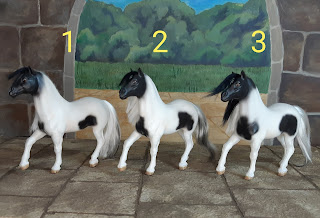 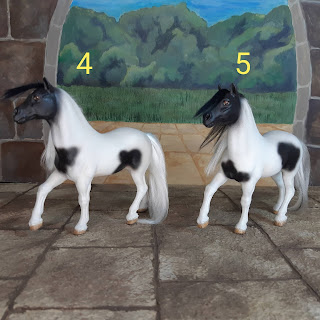 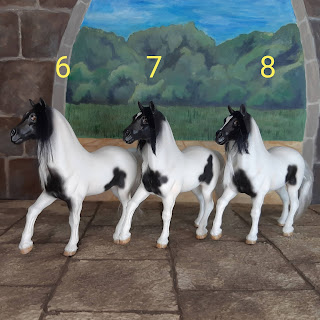 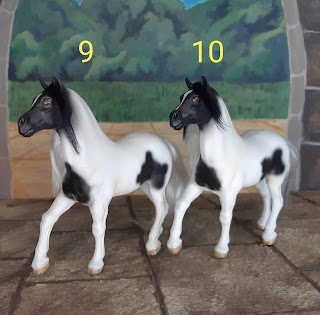