With my third Personality Collection, Collection Twelve, I was starting to feel a little braver and branched out into some more complicated colours. Some difficulties arose as, by the time I had finished painting, the summer had turned incredibly humid, so humid that I could not spray the clear coat without it clouding, so I had to brush it on in the house. Getting it to go on evenly and keeping it hair free was a major challenge with the amount of shedding done by me and the cats around here.

The theme for this year was "literary characters". 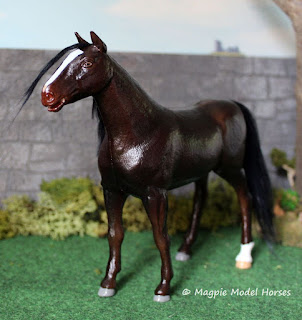 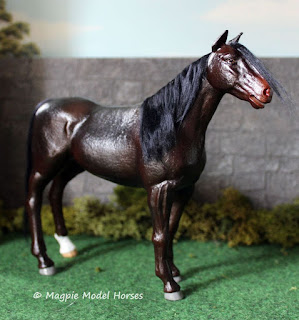 Mr. Darcy, of course is one of the main male characters from Jane Austen's Pride and Prejudice. Our Darcy is a sunfaded black Hunter, which could also pass for a dark bay, with one hind sock and a large blaze. 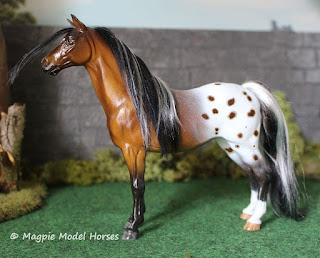 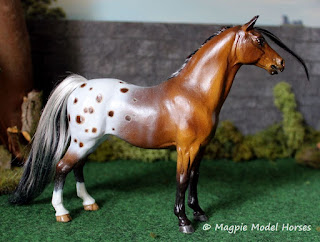 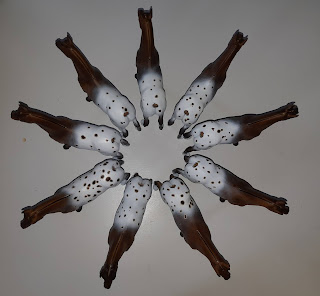 Yossarian is our buckskin blanket appaloosa Arabian with hind socks and a blaze. He is named for the antihero of Catch-22, Captain John Yossarian. Each of our Yosses had a different spotting pattern, varying in placement, size, and quantity. 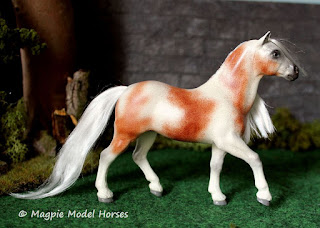 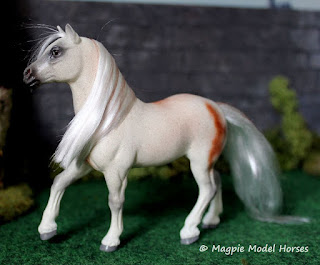 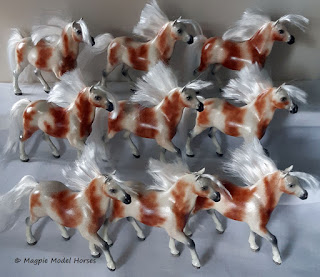 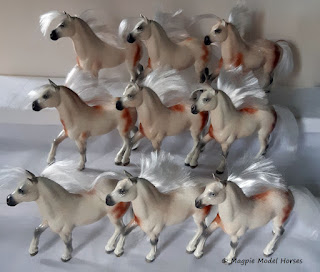 Jecquelyn Hyde, a chestnut flea-bitten grey Welsh, is based on a real Highland pony which I saw at one of my first shows in Scotland in 2009. On one side she is lightly flea-bitten and on the other, she is covered with large "bloody" patches. Naming her after the title characters of the novel The Strange Case of Dr Jekyll and Mr Hyde, by Robert Louis Stevenson, seemed like the only option.