While waiting until it was time to upload the web files for the Personality Collection Thirteen release, I decided it was probably time to organize and clean out the Magpie files since the last time it was done was, uh, never.

It turns out I've taken a good few studio pictures over the years and I thought it might be fun to select a handful from each year and share them here.

The first year was especially rough. I didn't really know what I was doing, so I was trying to follow the production instructions I found in the Magpie files as closely as possible. That meant I was using enamel paint, which is incredibly sticky and a nightmare to clean up, and was painting the shells before gluing them together, which makes for a whole range of challenges. To paint the models, I would use blue tack on their inner pegs to hold them together (which didn't always hold if the weather stayed warm) and blue tacked them to a plastic plate or acrylic sheet to hold them while I painted, which made it hard to get to the underside.

The models would be haired before gluing - after this year I vowed never to work with nylon hair again. To glue them together one had to be super careful not to let any of the glue touch the paint or the paint would just wipe off.

Since I didn't know what interest would be or what the painting process would be like, I decided to make thirty of each model. Nothing like starting small. Over the years I've refined my process and scaled back the numbers to something I could manage mentally and physically.

Personality Collection Ten was released on October 31st, 2017. There were no specials that year as I had spent the entire painting season on the Persies.


Posted by Heather Forrest at 11:53 No comments:

Creating a snazzy braided tail is surprisingly easy. You will need the following:

Read more »
Posted by Heather Forrest at 18:36 No comments: 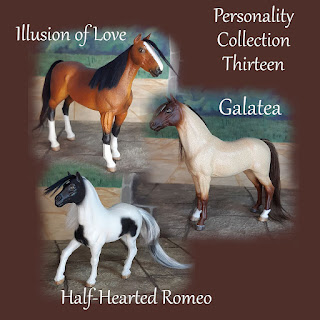 After a bit of a delay due to the plague, Personality Thirteen is set to be released Sunday, October 18th, 2020. As usual, it consists of three models - Hunter, Arabian, Welsh Pony - in unique colours. Ten of  each model has been produced and is individually numbered and comes with a certificate of registration.
Read more »
Posted by Heather Forrest at 18:36 No comments: 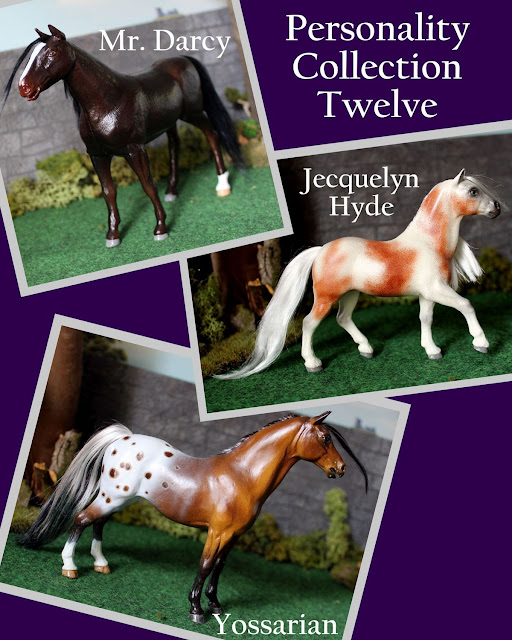 Read more »
Posted by Heather Forrest at 13:48 No comments:

Jan Adams purchased Magpie Models in 2002 and opened for business in 2003. She has very kindly granted us an interview about her time with Magpie. 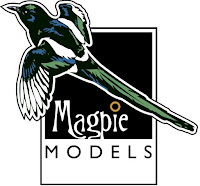 The trick to getting a nice stone effect is watery, blotchy layers. You're going to need a coarse paint brush, a small dish, water (I use a small water bottle as I'm less likely to knock it over and destroy all of my work), and some acrylic paint in stoney colours. 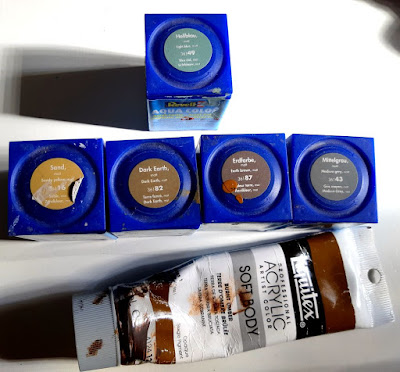 Read more »
Posted by Heather Forrest at 19:28 No comments:

In Scotland, rough stone barns, buildings, and walls are a common sight. My props and accessories tend to reflect my current location, so things have become rather stony in the Horse Room.

I started this building several years ago with the idea of it being a barn which had been converted into a tack and feed shop. Somewhere along the line it turned into an antique store instead. While I had built the structure, plastered the walls, and put in a stone floor, I never finished the interior or even started the exterior.

I thought it was time to finally finish this project and I thought others might enjoy seeing my process, and possibly trying it for themselves. The barn was built with wood from the scrap bin at B&Q with balsa wood accents, and put together with hot glue. My husband has a very rude term for my carpentry skills, but they work well enough for my purposes. To paraphrase my sculpture professor, wood putty will hide a world of sins. 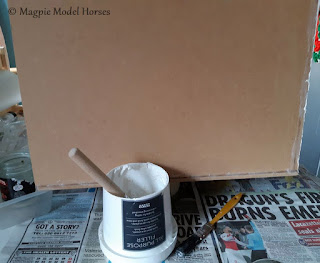 Read more »
Posted by Heather Forrest at 19:46 No comments: